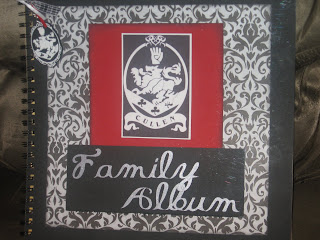 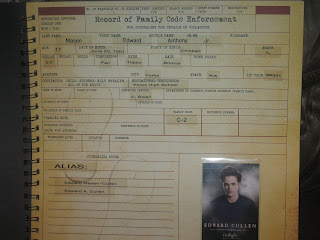 Okay, I have been working on this for awhile now. If you have ever looked at Fanfiction, there are some hilarious stories out there. One of my favorites is by vjgm called Under Arrest. It is stories about how each member of the family has been arrested for some reason or another, and it turns out that Carlisle keeps the mugshots in an album. It goes along with another story called Cullen Family Therapy. So the paper is called Busted and looks like a police report, so I made a page with each Cullen kid. The photos are extras from the trading cards. I used a clip art of the crest and scrapped the rest. The font is the cursive option of Ashlyn's Alphabet. I added a keychain in the spiral along with some ribbon. I also bought an acrylic sheet to make the front look a little more finished. Thanks for looking! April
Posted by mousekemom at Thursday, March 25, 2010 No comments:

Okay, this is a shirt for my three-year-old. Yes, it's kinda Twilight- 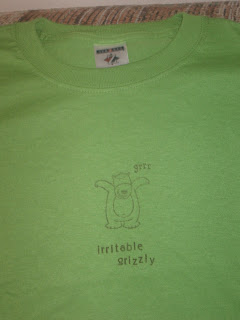 related, but some people would never think about it. The shirt is from Michael's and the stamps are Stampin' Up's Great 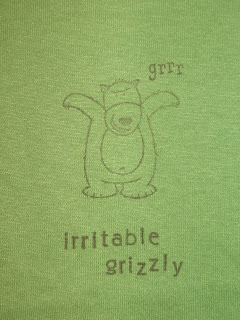 Outdoors and the lettering is from the dollar acrylic stamps at Michael's. I used Timber Brown Staz-On. The "grrr" is part of the "grrreat!" stamp, but I put tape over the "eat!" and then inked the stamp. I pulled off the tape and then stamped on the shirt.
I couldn't resist doing this because we tease our little guy about growling at people. Thanks for looking and I will post the other shirt when I get it done! April
Posted by mousekemom at Thursday, March 25, 2010 No comments: